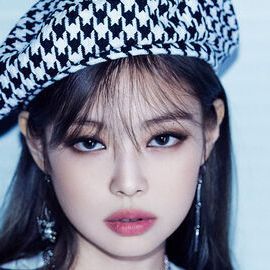 Jennie Kim (김제니; born Jan 16, 1996) is a South Korean singer, rapper, dancer, and a member of the Kpop group BLACKPINK under YG Entertainment. She was born on January 16, 1996 in South Korea, as an only child. She moved to New Zealand at the age of 9 to study and lived with a home-stay family for 5 years.

At the age of 14, her mom wanted to send her to Florida to study so she could become a lawyer or a doctor but Jennie opposed. Jennie then moved back to South Korea where she auditioned for YGE and passed. Although she had initially auditioned to be a vocalist, because of her English skills, the company had suggested she become a rapper since a lot of songs she was covering included English raps.

Jennie’s trainee years were not easy. She and the other Blackpink members were constantly evaluated not only on their dancing (choreography, Popping, and Krumping), rapping and singing skills, but also on how they prepared outfits, songs, and accompaniments. Jennie trained for 6 years (longest among Blackpink members) before officially debuting with Blackpink in 2016.

In 2018, Jennie was the first member to make her solo debut with the single Solo. The song was a great success, dominating Korean music charts and ranking #1 for several weeks on the Gaon Music Charts. She was heavily involved in the production, concept, choreography, and outfit selection of the Solo music video. Her Solo performance at Coachella is considered the first Korean solo artist performance at Coachella.

When preparing for a comeback, Jennie works out and watches what she eats. She avoids food high in salt and tries to have an avocado salad everyday with juice for detoxing. She enjoys flying yoga and does pilates.

In 2018, Jennie became Chanel’s ambassador. Besides often wearing Chanel, she is also seeing wearing Gucci. Lisa and Jennie spend the most in clothing out of all Blackpink members.