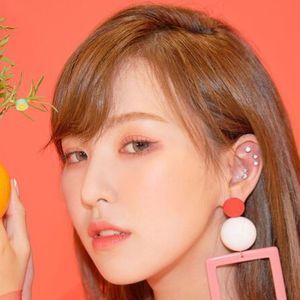 Son Seung Wan (손승완; also stylized Shon Seung Wan), better known as Wendy, is a South Korean singer and the main vocalist of the Kpop group Red Velvet under SM Entertainment. Wendy made her debut with Red Velvet on Aug 1, 2014.

Wendy started dreaming of becoming a singer at the age of 6. She moved to Canada when she was in fifth grade. She later moved to Minnesota, United States from seventh grade to ninth grade. Her family moved back to Canada and she graduated from high school there. Wendy did very well in school and was selected as an outstanding student with a GPA of 3.85.

Wendy participated in many competitions while she was a student. She won several awards in 7th and 8th grade. She was also the main soprano at her school choir and won the vocalist of the year for several years.