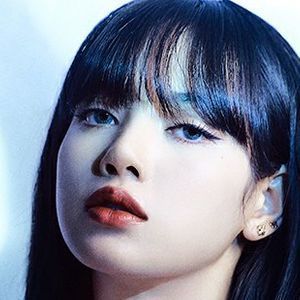 She was born on March 27, 1997 in Buriram, Thailand as an only child. Her mom is Thai and her stepfather, Marco Bruschweiler, is a Swiss renown chef in Thailand.

In 2009, she joined the dance group We Zaa Cool in Thailand along with Bambam (from GOT7) and Ten (from NCT and SuperM). In 2010, at the age of 13, she auditioned for YGE during their Thailand auditions and ranked 1st; she was the only individual to pass the audition. In 2011, Lisa officially became part of YGE, moved to South Korea, and embarked on her new journey as a trainee where she practiced Korean, dancing, rapping, and singing.

In her early trainee days, she struggled communicating with others as she had no previous knowledge of Korean and others in the company were not allowed to speak to her in English in order to improve her Korean quickly. Her bandmates were very supportive throughout this time as she was the only non-Korean member of Blackpink. In 2013, prior to her debut, she made a small appearance in Taeyang's music video Ringa Linga.

Lisa spent over 5 years training with YG Entertainment before officially debuting with Blackpink in 2016. In November 2018, she officially released her YouTube channel, Lilifilm Official, which quickly garnered millions of subscribers. In October 2019, she joined the iQiyi’s Chinese survival show Idol Producer as a judge and mentor.

Lisa has a personality type of ESFP, known as the Entertainer. They have extraverted, observant, feeling, and prospecting personality characteristics. Entertainers live for experiences and enjoy the new. They are very social, love the spotlight, and have an eye for fashion. Because they are also very observant, they can catch other people's emotions very quickly and are quick to offer emotional support.

Based on Blood Type

Lisa has a personality type called the Warrior based on her blood type O. They are outgoing, positive, and often considered natural leaders and athletes. Warriors are very expressive and passionate but can also be very arrogant and competitive.

Lisa's zodiac sign is Aries. Aries are very passionate, driven, motivated, and confident leaders. They are ambitious, courageous, and love adventure and exploration.

Make-up: Lisa’s signature look is a subtle cat-eye. She typically tightlines her upper lash line which make her lashes look fuller. For lips, she prefers lip products with natural colors, typically nude or corals; although, she can also be seeing wearing bold red lips. She is often seeing wearing Moonshot lipsticks since she is one of their beauty ambassadors. Lisa and Jennie spend the most in clothing out of all Blackpink members.

Lisa does not follow any strict or specific diet as she mentioned during an episode of YouthWithYou, a Chinese survival show where she was a mentor. She likes to have a detox juice daily.

While she doesn’t particularly enjoy working out, Lisa manages to stay in great shape through her dance practices. One of her favorite ways to exercise is doing pilates. Lisa demonstrated that despite her slim body, she is very strong and fit during an episode of Real Man 300. While many of the female cast members struggled doing push-ups, Lisa was able to do 20 push-ups, out-numbering the other cast members significantly.

As a child, Lisa was part of the dance group We Zaa Cool in Thailand along with Bambam (from GOT7) and Ten (from NCT and SuperM).

Lisa was a mentor in the Chinese reality show Youth With You. The group that debuted from the show was THE9.