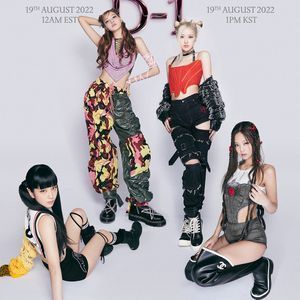 BLACKPINK (블랙핑크; also stylized BLΛƆKPIИK) is a 4-member South Korean girl group under YG Entertainment. The members of Blackpink are Jisoo, Jennie, Rosé, and Lisa. The group debuted on August 8, 2016, with two songs, Boombayah and Whistle.

The name BLACKPINK symbolizes the multi-dimensional nature of the members, not only beauty but also talent. The official fandom name of BLACKPINK is BLINK. The name is a combination of the words BLACK and PINK. A blink is someone who will always love and protect BLACKPINK.

Jisoo, Jennie, and Rosé are of Korean ethnicity. Lisa is of Thai ethnicity. Jisoo and Jennie were born in Korea. Rosé was born in New Zealand and Lisa was born in Thailand.

In terms of positions, none of the Blackpink members have the official position of leader. The main dancer is Lisa. The main vocalist is Rosé. The main rapper is Jennie. Although all members are considered visuals by BLINKS, the main visual of Blackpink is Jisoo.

Here are all the languages that each BLACKPINK member speaks:

Ranked by most views in the first 24 hours:

All four members have unique MBTI types. Jennie is the only introvert in the group.

Jisoo is the oldest member of BLACKPINK. She joined YG Entertainment and became a trainee in 2011 at the age of 16. Jisoo is a natural extrovert and is known to have a 4D personality. Besides being the lead vocalist and the main visual of BLACKPINK, Jisoo is also an actress. played the lead female role in the JTBC drama Snowdrop.

﻿I need to know everything about Jisoo!﻿

Jennie is the main rapper of BLACKPINK. She was born in South Korea but grew up in New Zealand. She returned to South Korea to pursue her idol dreams and joined YG Entertainment. Prior to her debut, she collaborated with G-Dragon from Big Bang. She was the first member to make her solo debut with the single Solo.

Rosé is the main vocalist of the group. She was born in New Zealand but grew up in Melbourne, Australia. She auditioned for YG Entertainment in 2012 during an open audition and ranked no. 1. She moved to Korea at the age of 15 and trained for 4 years. Her voice and singing style have caught the public's attention for its very distinct and unique timbre.

Lisa is the youngest member, lead rapper, and the main dancer of BLACKPINK. Prior to joining YG Entertainment, she was part of a dance group called We Zaa Cool in Thailand along with Bambam (from GOT7) and Ten (from NCT and SuperM). In 2010, at the age of 13, she auditioned for YGE during their Thailand auditions and ranked 1st.

﻿I gotta know more about the queen, Lalisa!﻿