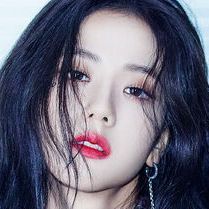 In 2011, Jisoo successfully audition for YG Entertainment and became a trainee at the age of 16. In 2015, she appeared in the drama The Producers. She trained for 5 years before finally debuting with Blackpink in 2016. From 2017 through 2018, Jisoo was the MC in Inkigayo (a South Korean music program) alongside GOT7’s Jinyoung.