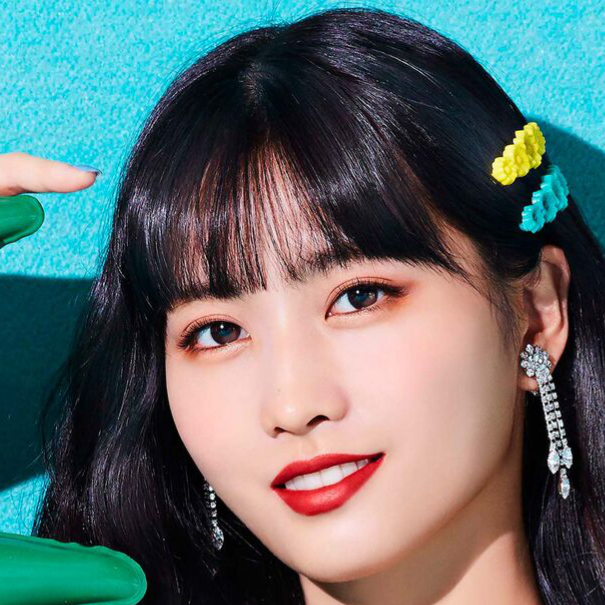 Hirai Momo (平井 もも; born Nov 9, 1996), known mononymously as Momo, is a Japanese singer and member of the female kpop group Twice formed by JYP Entertainment through the survival show Sixteen. Momo made her debut with Twice on Oct 20, 2015.

-Momo started dancing at the age of 3.

-Romance: On Jan 2020, it was confirmed that Momo and Heechul from Super Junior are dating.