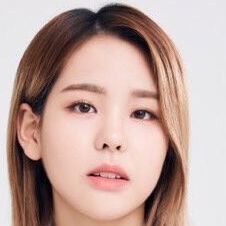 Yamaguchi Mako (山口真子; born Apr 4, 2001), simply known as Mako, is a Japanese singer and the leader of the Japanese-Korean group NiziU under JYP Entertainment. She was a contestant of the 2020 survival show Nizi Project and became part of the final lineup of the winning group, NiziU. Mako made her debut with NiziU on Dec 2, 2020 at the age of 19.

Mako was born on April 4, 2001 in Yame, Fukuoka, Japan. In 2017, Mako joined JYPE as a trainee. In 2020, she became a contestant of the JYPE survival show the Nizi Project where she ranked #1 in the singing and dancing tests from season 1. She eventually became one of the nine winners in the competition that formed the final lineup of NiziU, ranking no.1 among all the participants.

During season 1, episode 4 of the Nizi Project, Mako mentioned she practiced strength training to prepare for her 2PM’s I’ll Be Back dance rendition. She was complimented by JYP for having great conditioning, being fast, powerful, and light. Mako admitted that as part of her body management routine, she weighs herself first thing every morning, and does stretches, aerobics, and strength training.