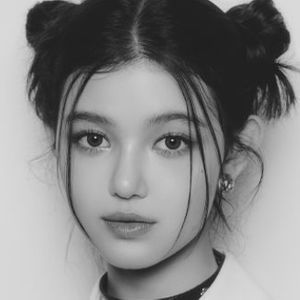 Danielle Marsh (모지혜; born Apr 11, 2005) is a Korean-Australian singer based in South Korea. She is a member of the Kpop group NewJeans under ADOR. Danielle made her debut with NewJeans on August 1, 2022 at the age of 17.

Danielle Marsh was born on born April 11, 2005 in Gyeonggi-do Munsan-eup, South Korea to an Australian father and a Korean mother. She is the youngest of children.

Danielle was a kid model in Korea until she was 7 years old. She filmed commercials and made several TV appearances as a kid. She appeared in tvN's Rainbow Kindergarten in 2011 and JTBC's Shinhwa Broadcast in 2012. At the time, she went by her Korean name 모지혜 (Mo Ji Hye).

Growing up, Danielle moved back and forth between Australia and South Korea. In October 2019, she passed HYBE's global audition at the age of 14. She trained for 2.5 years before making her official debut with NewJeans in 2022.

Danielle debuted with NewJeans on August 1, 2022 at the age of 17. She was credited as one of the lyricist for the group's single Attention.