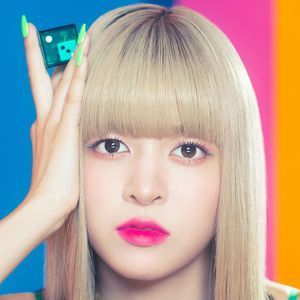 Lily Jin Morrow (릴리 머로우; born Oct 17, 2002), simply known as Lily, is a Korean-Australian actress and singer. She is a member of the Kpop group NMIXX under JYP Entertainment. She was a contestant in the reality show Kpop Star 4. Lily made her debut with NMIXX on February 22, 2022 at the age of 19.

Lily was born in Victoria, Australia to an Australian father and a Korean mother. Her mother met her father while she was studying abroad in Australia. They married in Australia.

Lily grew up in Marysville and Melbourne, Australia. Most of her childhood years were spent in Australia but her family moved to Korea for a short period of time after suffering from the Black Saturday bushfires that took place in Victoria, Australia in 2009. During this time, she attended a Korean elementary school in Bucheon-si, Gyeonggi-do, South Korea for a couple years around 2010 when she was in second grade.

In 2015, Lily (previously known as Lily M) participated in the reality show Kpop Star 4. She made it to the top 4 and signed a contract with JYP Entertainment after her departure from the show.

She also appeared in Kpop Star 6 singing Over The Rainbow. In 2017, she made an appearance in episode 1 of Stray Kids.

It was rumored that she would debut as part of ITZY since she appeared in several pictures with ITZY member Chaeryeong.