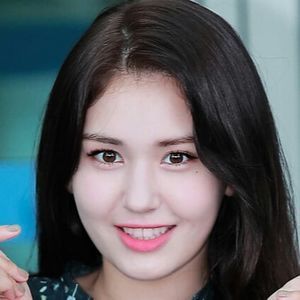 In 2014, Somi successfully passed an audition for JYP Entertainment and became a trainee. She made an appearance in Got7’s M/V for Stop Stop It.

In 2015, Somi became a participant on Mnet’s survival show Sixteen, which eventually became Twice. Somi was eliminated in the final round

In 2016, Somi joined a second survival show Produce 101. She finished in first place and debuted with the winning group I.O.I on May 4. On October of the same year, she co-hosted MTV’s The Show.

In 2017, I.O.I disbanded on January and members parted ways to their respective agencies.

She joined the cast of the show Sister’s Slam Dunk 2 and debuted in the project group Unnies.

In 2018, Somi left JYP Entertainment after mutual agreement with the agency. Shortly after, she signed a contract under The Black Label, a subsidiary of YG Entertainment.

In 2019, Somi debuted as a solo artist with the single Birthday, produced by Teddy.

Somi is often seeing doing pilates. Growing up, she practiced taekwondo with her father; she is a 4th degree black belt.

Somi is of mixed ethnicity. She is of Korean descent from her Korean mother, Jeon Sun Hee, and Candian-Dutch from her father, Matthew Douma. She was born in Ontario, Canada but she moved to South Korea with her family at the age of one. She has three different nationalities (and passports): Dutch, Canadian, and Korean. Because of her mixed heritage, Somi can speak fluent Korean and fluent English. She is also able to speak basic Dutch since her father is of Dutch descent. Somi has mentioned that she was teased when she was younger because of her mixed ethnicity.

Somi has a younger sister, Evelyn Douma, who has appeared in Somi’s vlogs on YouTube. Evelyn is 8 years younger than Somi.

In a 2020 press conference for the show Don’t Be Jealous, which Somi was a co-host for, she mentioned that she is not thinking about dating anyone at the moment since she had just turned 20 and that her focus was on her work. Her goal is to get married by 30. However, one thing she would love to do once she finds a partner, is to go on a spontaneous trip together.