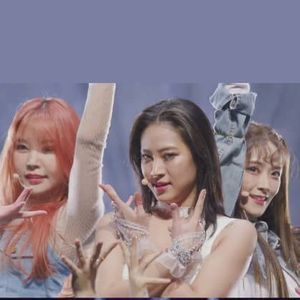 Resonar (레소나; formed in 2020) is a project girl group formed on the Korean show Miss Back. They made their first appearance on MBC Music Core on Jan 2021 with the single Tantara.

Miss Back (2020) is a variety and documentary show from MBN that follows a group of kpop female idols and singers who have stepped away from the spotlight. Singer Baek Jiyoung is the mentor. Miss back premiered on October 8, 2020.

-Raina was added as a new member of After School on Nov 25, 2009. After School had debuted in Jan 2009; however, Raina and Nana were added as new members after one of the members, Soyoung, left the group oin Oct 2009.

-She was part of After School’s first sub-unit Orange Caramel.

-In 2020, Nada became a contestant in the reality show Miss Back. She is a member of the project girl group Resonar.

-She debuted as part of the duo Chic’6 Muscats in 2010 but they disbanded after one month.

-She is part of the cast of the KBS2 variety show The Return of Superman.

-In 2020, Soyul became a contestant in the reality show Miss Back.

-She is a member of the kpop project group Resonar along with Raina and Nada. The group was formed in the show Miss Back. They performed their track Tantara.

-She was a member of Wassup under Mafia Records from 2013 to 2017. However, she requested to cancel the contract after the agency failed to pay her and the other members of Wassup.