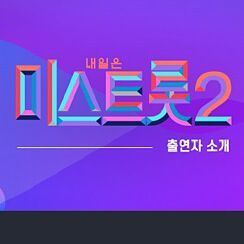 Miss Trot Season 2 (미스트롯; aired 2020-2021) is a South Korean reality show aired on TV Chosun. The show premiered on Dec 17, 2020. Miss Trot is a trot survival show where 100 female trot singers compete to win prize money and the chance to record a single.

-Age trivia: Taeha was 22 years old when she was competing in Miss Trot 2.

-She was born as Kim Minji. She legally changed her name to Kim Taeha.

-She is a former member of the kpop girl group Momoland. She was the main vocalist.

-She legally changed her name from Kim Minji to Kim Taeha.

-She is the cousin of JYJ’s Junsu.

-She is a former trainee from Starship Entertainment. She was training to debut with Cosmic Girls.

-Taeha left Momoland in 2019 because she wanted to start a new career and express herself in her own voice.

-Chanmi was a contestant in the idol survival show Produce 101 and ranked 26. She also participated in Mixnine and ranked 20.

-Chanmi is a former SM Entertainment trainee. She joined SM in 2004 and was training to become a member of Girls’ Gerneration (SNSD); however, she did not end up joining the final lineup because she was too young at the time (only in seventh grade).

-She is a former member of the co-ed group Coed School. They debuted in 2010 but disbanded shortly after.

-She signed with First One Entertainment in 2020 as a solo artist.

-She is a member of the kpop girl group CLC.

-Her dream is to become a kpop singer.

-Her first kpop song was EXO Call Me Baby.

-She taught herself Korean in 2 years. She is fluent now.

-She studied at the Born Star K-pop Training Center. She had lessons in vocal, dance, and acting.

-She appeared on the show Hidden Singer season 6, ep 11

-She participated in the 2019 Mnet reality show UHSN.

-Prior to moving to Korea, she trained at a NY based talent company, performed in Times Squre, and won several competitions.

-She won a roundtrip ticket to South Korea as a first place prize.

-Her hope is to become the first and/or best white American Kpop singer.

-She attended the Ledyard Vo-Ag program but later transferred to Norwich Free Academy as a sophomore.

-She attended Berklee College of Music in Boston for a 5-week music program.