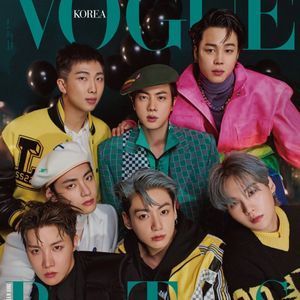 BTS (방탄소년단; also known as Bangtan Boys) is a seven-member South Korean boy group under Big Hit Entertainment. Considered one of the most successful K-pop groups of all time, BTS formed in 2010 and debuted on Jun 12, 2013. The seven members of BTS are: Jin, Suga, J-Hope, RM, Jimin, V, and Jungkook.

BTS, short for Bangtan Boys (Bangtan Sonyeondan in Korean) means bulletproof boy scouts in Korean. It represents their goal to block out stereotypes, criticisms, and expectations that aim on adolescents like bullets.

Ranked by most views in the first 24 hours.

﻿That's all? Give me more facts about Jin!﻿

Suga originally joined Big Hit Entertainment as a music producer. His name Suga comes from the first syllables of the term "shooting guard", which was the position he played in his basketball team when he was a student. He was known as Gloss in the underground rapping scene and as Agust D in his 2016 mixtape.

﻿This is not enough info about Suga!﻿

J-Hope is the main dancer of BTS. He was born in Gwangju, South Korea. He won first place in South Korea's national dance competition in 2012. His hobbies include dancing (street dance, freestyle), beatboxing, tidying up, playing tennis.

RM is the leader and the main rapper of BTS. RM scored in the top 1% of South Korea in the university entrance examinations. He has an IQ of 148. He is also the best English speaker in the group. He taught himself by watching American sitcoms like Friends.

Park Jimin started dancing from a young age. When he was in middle school, he attended Just Dance Academy where he learned popping and locking. He later studied contemporary dance at Busan High School of Arts.

V was 17 years old when he debuted with BTS in 2013. He almost debuted as a rapper instead of vocalist. He is fluent in Japanese and Korean, and knows basic English. He considers his journey as an idol a once-in-a-lifetime lucky chance.

﻿V is my bread and butter!﻿

Jungkook is the youngest and the most popular member of BTS. He is also the main vocalist of the group. Jungkook was inspired to start singing after he came across a video of RM rapping. And coincidentally it was around the same time when Bang Si Hyuk was doing Star Audition – The Great Birth and that’s how Jungkook ended up with Big Hit Entertainment.

﻿Can't get enough of Jungkook!﻿