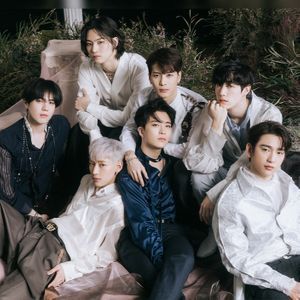 GOT7 (갓세븐; also stylized as Got7) is a South Korean boy group formed by JYP Entertainment (JYPE). They are currently under the management of Warner Music Korea. The group debuted in January 2014 with 7 members: Mark, Jinyoung, Youngjae, Yugyeom, JB, BamBam, and Jackson.

In Jan 2021, the members did not renew their contract with JYP and left the company. They plan to pursue their individual careers and have stated that a future reunion is a possibility.

GOT7 made a full group comeback in May 2022 despite individual members being in different agencies.

Their name was originally planned to be GET7; however, JYP decided to change it as the name wasn't as appealing in the Korean language. The name became GOT7 after the group g.o.d, which is another JYP Kpop band that debuted in 1999. The group garnered the public’s attention by including martial arts and street dancing in their performances.