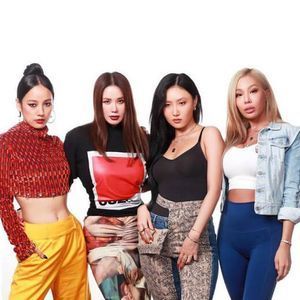 Refund Sisters (환불원정대; also referred as Refund Expedition and Refund Squad) is a Kpop project girl group formed on the MBC variety show Hangout With Yoo (also known as How Do You Play?). The four members of Refund Sisters are: Lee Hyori, Jessi, Hwasa, and Uhm Jung-hwa. Refund Sisters debuted on October 10, 2020 with the track Don’t Touch Me.

The idea started as a joke after Rain suggested it to Hyori during the show Hangout With You. He suggested the group be named ‘Refund Sisters’ because being the famous divas that they were, they would be able to obtain refunds from any store they went to.

Hangout with Yoo (also called How Do You Play?) is a South Korean reality show program on MBC around the projects that Yoo Jae-suk takes on during his days off.