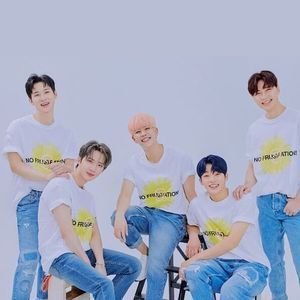 Prior to their debut, Super Five started promoting on August 2020 with the songs Gimme Gimme by Kim Shin Young, Rokkkugo by Super Junior-T, and Come by Jang Yoon Jung.

Trot (트로트) music is a popular Korean genre influenced by Korean, Japanese, European, and American music. Trot is known for being composed of repetitive rhythm and vocal inflections. While trot has more of an old style vibe as it’s mainly listened by older generations, it has been gaining more attention with young people thanks to shows like Mr Trot, Miss Trot, and Favorite Entertainment show. Some popular Kpop idols that sing and love trot are: Super Junior’s Leeteuk, SNSD’s Sooyoung, and Big Bang’s Daesung.