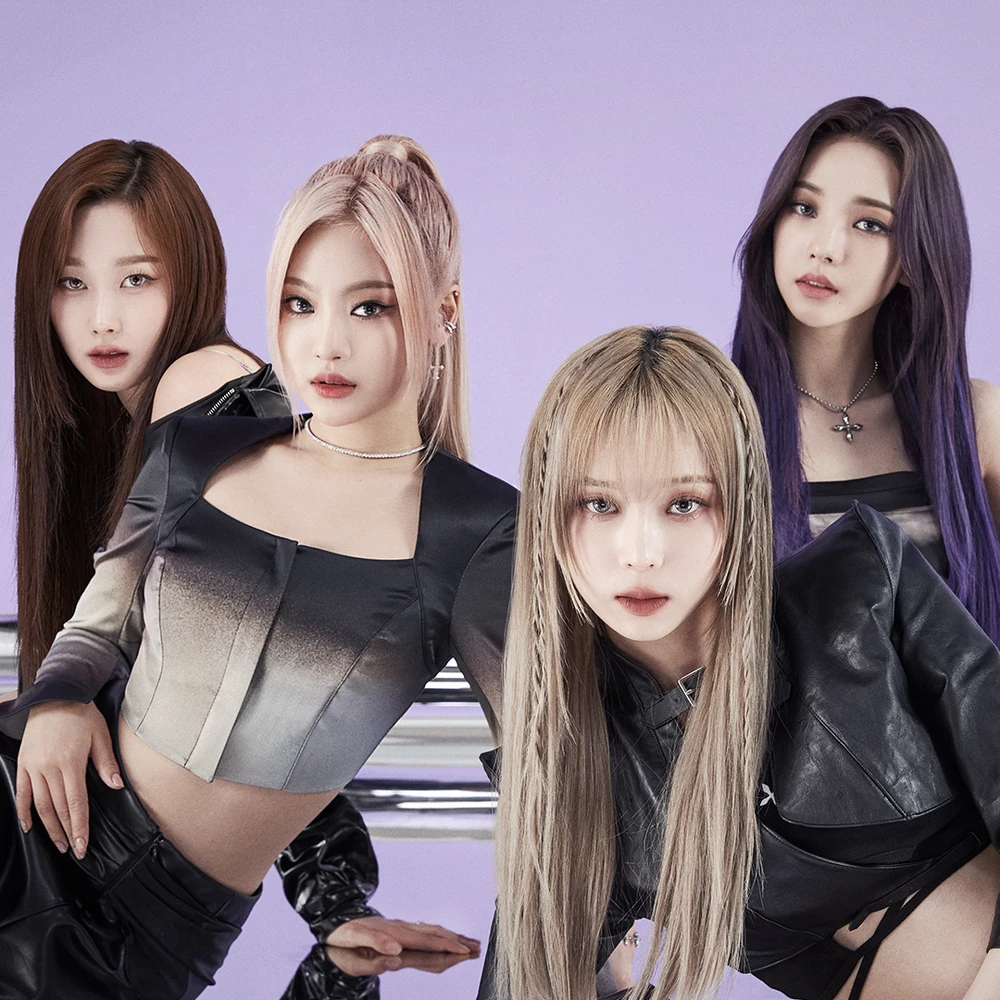 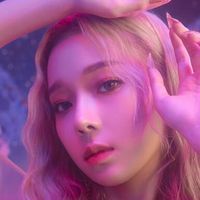 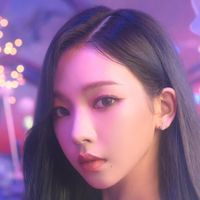 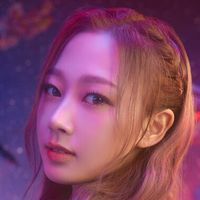 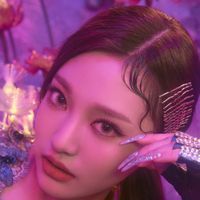 Aespa is composed of 4 members born between 2000 and 2002. Their names are: Karina, Winter, Giselle, and Ningning. The oldest member is Karina (2000) and the youngest member is Ningning (2002). Karina and Winter are Korean. Ninging is Chinese. Giselle is Korean-Japanese.

The meaning of the name aespa comes from the words æ, which means Avatar X Experience and the word Aspect, which represents two sides. Aespa wants to show their innovative and diverse activities through their avatar self.

AESPA’s official fandom name is MY, which means ‘The Most precious friend’ in KWANGYA, where aespa’s avatar ae lives.

Based on fan vote, the top visuals or prettiest members in aespa are Karina and Winter. The official visual member of aespa is Winter, although many fans consider Karina to be a visual as well since she was an ulzzang (pretty and best face).

Based on fan vote, the most popular member in aespa is Karina. She was very popular prior to debuting and had a large following on social media.

-The leader and oldest member of aespa is Yoo Jimin, also known by her stage name Karina (born Apr 11, 2000).

-The most popular member of aespa is Karina. She had a large social media following and appeared in some of Taemin’s performances prior to aespa’s debut.

-The group is the first girl group to debut in six years from SM Entertainment since the debut of Red Velvet in 2014.

-Ningning is the only member from SM rookies that remained in the group.

-Ethnicity: Giselle is Japanese-Korean. Ningning is Chinese. Winter and Karina are Korean.

-Age trivia: Karina was 20 years old (international age) when she debuted with aespa in 2020.

-Jimin made an appearance in Taemin’s MV for Want. She also performed in several of his live performances. Her dancing and visuals gained popularity and caught the audience’s interest.

-Karina was an ulzzang (means best face or good looking in Korean).

-She was a trainee for four years.

-She was the second member of aespa to be revealed after Winter.

-Karina starred in a commercial with Kai from EXO for a TUCSON car commercial.

-She enjoys webtoons, games, and watching re-runs of variety shows when she is at home.

-She always wears her rosary ring on very important days.

-Nighttime routine: wearing a sleeping pack, put on Vaseline on her lips.

-Most used emoji: the crying face.

-She relieves her stress by eating good food and shipping.

-She enjoys reading in a quiet place.

-Something strange: she is very carrying towards those around her.

-Weakness: she is very shy, having a bad memory.

-She loves collecting lipsticks and has a drawer full of them. She also enjoys giving them as birthday present.

-Ethnicity: Giselle is half Japanese (from father) half Korean (from mother).

-Giselle grew up speaking Korean since her mother is Korean.

-Trainee period: Giselle has the shortest trainee time among the members, having trained only for 1 year.

-Prior to joining SM Entertainment, on October 2019, she joined AJS, an idol training academy.

-Giselle joined SM Entertainment on December 2019. She was a trainee for just 10 months, making her the female idol with the shortest training period out of all SM idols at the time of her debut.

-Giselle attended Sacred Heart School located in Japan. This is the same school that Rima from NiziU attended.

-She attended an international school in Japan so she can speak English fluently.

-Her nickname is Riri.

-She is the only (half) Japanese member of aespa.

-She quoted Paris Hilton’s “That’s hot” in her school yearbook.

-She was part of her school choir for four years as an alto (second highest vocal range).

-Giselle was born and raised in Japan.

-Giselle moved to South Korea to pursue her dream of becoming a kpop idol after graduating from the International School of the Sacred Heart in Tokyo.

-She loves Blackpink and GOT7.

-She likes the preppy look.

-She admitted to being someone who whines a lot and make a lot of whining noises.

-Giselle is a great photographer and she loves taking pictures.

-She goes shopping to relieve stress.

-Life motto: Everything happens for a reason.

-In a day, she feels the happiest after showering, lying down in a cool room with her body covered up in a blanket.

-She wants to learn to play the guitar.

-Most used emoji: the kissing cat.

-What she would tell to her 10 year old Giselle: don’t hold back, don’t start too late, just go for it.

-Favorite weather: cloudy but not raining and a bit chilly.

-Winter is the first confirmed member of aespa. She was announced on October 26, 2020.

-Fans are comparing her visuals to Taeyeon from SNSD.

-She believes aliens exist (there are other creatures in the universe).

-She wanted to be a singer since she was little.

-She thinks being a soldier is very attractive because many people in her family served in the military.

-Morning routine: EWU (eating as soon as waking up).

-Winter is a good cook and she often cooks for the other members.

-If she had to choose between a meal and chocolates, she’d choose chocolates.

-Most used emoji: emoji with sunglasses.

-Favorite thing to do: watching movies (especially action and war movies and movies that are hard to understand).

-Age trivia: Ningning was 18 years old (international age) when she debuted with aespa in 2020.

-Ningning was born in Harbin, China.

-Ningning’s specialty is singing. It is speculated that her position could be as the main vocalist.

-She was a contestant of the Chinese competition Let’s Sing Kids along with Chenle from NCT.

-Ningning moved to Korea and joined SM rookies in 2016. She is the only SM rookie from aespa.

-Ninging joined SM Entertainment in 2016 and became an SM rookie that same year.

-Her favorite group of all times is NCT.

-Ningning wore braces when she was younger.

-She is the only Chinese member of AESPA.

-Ningning appeared on the TV show New Voice of China at the age of 12.

-Special skill: can be really loud.

-She enjoys rapping and listening to hip hop.

-One word that she thinks describes her: sexy.

-Her childhood dream: a prince because they are so cool in movies – they ride in horses and people respect them.

-Morning routine: turn off the alarm as soon as she gets up and say oops, wash up, and go out. 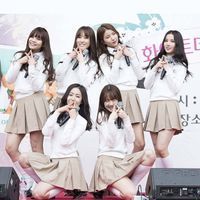 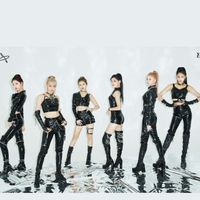 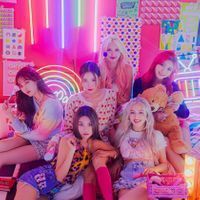 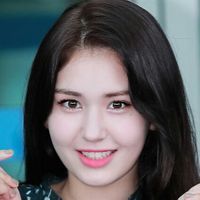 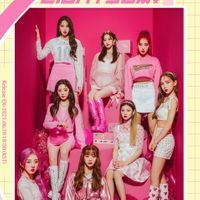