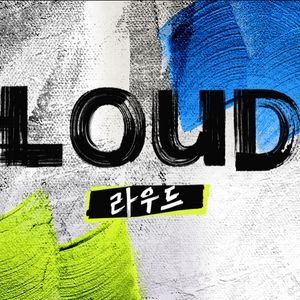 LOUD (라우드; also known as Boys be LOUD) is 2021 South Korean survival show aimed to create a worldwide boy group project under the collaboration of JYP Entertainment, Psy from P Nation, and SBS. The show is filmed in South Korea. The name of the show, LOUD, was inspired by Stephen Hopkins saying that ‘quiet people have the LOUDest minds’.

Unlike other survival shows, LOUD aims to recruit individuals who are talented not just in singing and dancing, but that also have charm and very unique skills in different fields.

In the show, Psy and JYP sit on a LOUD chair that they control to get closer to the contestants. The closer they move, the more they are interested about that participant. There are 3 levels forward. Only when they get closest to the stage (level 3), they can press the pass button. Contestants need to get a pass from both Psy and JYP to pass the first round. The producer that hits the pass button first, gets to recruit that contestant in his team.

-A teaser was released on November 1st, 2020 that showed the JYPSY collaboration: 2 producers, 2 colors, 2 groups.

-SBS has led several other variety shows like Kpop Star, The Fan, and Fantastic Duo.

-They started holding auditions on September 2020.

-The following contestants were already trainees of JYP Entertainment prior to the start of the show: Mitsuyuki Amaru, Lim Kyoung Mun, and Lee Gye Hun.

-Lee Seunghwan was one of the winners of the reality show Under Nineteen. He became a member of the group that was formed through the show, 1THE9.

-He was part of the pre-debut group for Just B but left the agency prior to their debut.

-He was the main dancer and lead vocalist of 1THE9.

-He is a former Play M Entertainment trainee.

-He is Korean American

-Psy complimented him for his visuals.

-He is very introverted.

-He is one of the three JYP trainees on the show.

-He is one of the P Nation trainees.

-He sang Versace on the Floor by Bruno Mars for his skills stage.

-He showed a video that he produced himself and created the soundtrack and rap as well.

-He was selected by JYP.

-He can speak Korean, English, and Portuguese.

-He lived in Sao Paulo, Brazil.

-He taught himself how to write music.

-He used to ski but gave up skiing after 10 years. He overcame his fear of starting something new and started to compose music.

-He was a JYP trainee

-He is a JYP trainee

-He is one of the five P Nation trainees to participate on the show.

-He passed the first round with a JYP badge.

-His childhood dream was always to become a singer.

-Nickname: ‘boss baby’ because he is the youngest among the P Nation trainees but he is talented.

-He is a former contestant of the reality show Stage K

-He is in eight grade

-His nickname is ‘idol on ice’

-When watching his performance, JYP made a comment that those that practice sports and do a lot of lower body exercises look great when they learn how to dance. Yuna from ITZY is a good example.

-He can compose music and play the piano.

-He is the youngest contestant in LOUD.