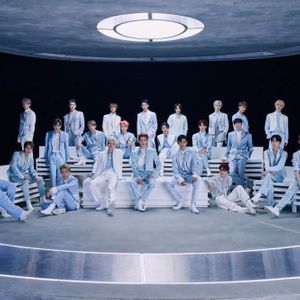 NCT (엔시티; short for Neo Culture Technology) is a South Korean boy group under SM Entertainment. The group is divided in multiple sub-units that debuted in 2016: NCT U, NCT 127, NCT Dream, and WayV. NCT has a total of 23 members.

NCT currently has 10 Korean members. The other 13 members were born outside of Korea.

NCT U stands for Neo Culture Technology United. They debuted on April 9, 2016. NCT U has a ‘rotating’ line-up, meaning the members are not fixed and can be changed depending on the concept of the comeback.

127 stands for the coordinates of Seoul in Korea, NCT’s base location. They debuted on July 2016. NCT 127 has ten members: Taeil, Johnny, Taeyong, Yuta, Doyoung, Jaehyun, Jungwoo, Mark, Haechan, and Winwin.

This unit is based on age as they are all under 20. They debuted on August 25, 2016. Once members turn 20 years old, they ‘graduate’ and move on to a different NCT sub-unit. NCT Dream originally had seven members: Chenie, Haechan, Jaemin, Jeno, Jisung, Mark, and Renjun. In 2020, the group re-organized into a permanent formation with the original seven members, who take part of rotational promotions.

WayV stands for We are your Vision. WayV is directed towards the Chinese market as their songs are in Mandarin Chinese. They debuted in China under the label V (SM Chinese label) on January 17, 2019. There are currently seven members: Hendery, Kun, Lucas, Ten, Winwin, Xiao Jun, Yang Yang.

This will be NCT's latest sub-unit with members from the United States. Males between ages 13 and 25 are being scouted in America to participate in a competition, bootcamp, and training at the SM Campus.