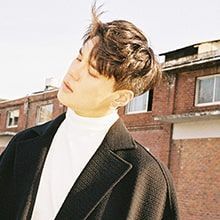 Kwon Hyuk, better known as Dean, is a South Korean singer, rapper, and songwritter under Joombas Co Ltd and Universal. Dean began his career at the age of sixteen and by the time he was twenty, he was already under the wings of Joombas Mucis Group CEO Hyuk Shin. Dean debuted in the United States in July 2015 and South Korea in October of the same year.