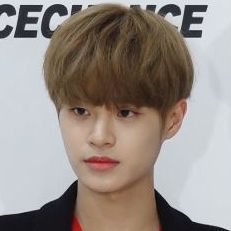 Lee Dae Hwi, better known as Daehwi, is a South Korean singer and a member of the Kpop boy group AB6IX formed by Brand New Music. He is a former member of boy group Wanna One.

In 2017, he became a participant on Mnet’s survival show Produce 101 season 2 along with bandmates Woojin, Donghyun, and former member Youngmin. His final rank was 3rd, thus making it to the final lineup of the group Wanna One, which debuted on August 2017.

Wanna One’s contract terminated on December 2018, activities officially ended in January 2019, and all members returned to their respective agencies. In 2018, Daehwi participated on another survival show Produce 48 as one of the producers for the concept songs. During that year, Daehwi was active as an emcee for the M Countdown. Daehwi debuted with AB6IX on May 2019.

Daehwi is very talented at music composition and production. He has written and produced several songs for Produce 101 as well as IZ*ONE’s Airplane, Park Jihoon’s Young 20, Yoon Jisung’s Comma, and others. He is AB6IX’s main producer.