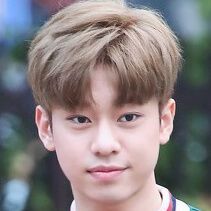 Donghyun was born in Daejeon, South Korea. He has three other siblings – a fraternal twin brother, an older brother and older sister. In 2017, he became a participant on Mnet’s survival show Produce 101, season 2 with bandmates Daehwi, Woojin, and former member Youngmin.; his final rank was 28. Donghyun was a trainee for 1.5 years before his participation on Produce 101.

On September of that same year, Donghyun and Youngmin debuted as a duo called MXM. Donghyun made his debut with AB6IX on January 2020.