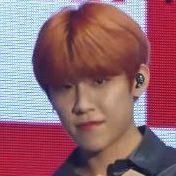 Park Woo Jin, better known as Woojin, is a South Korean singer and a member of the Kpop boy group AB6IX formed by Brand New Music and a former member of boy group Wanna One.

At the age of 11, he auditioned for the survival show Superstar K. In 2017, he became a participant on Mnet’s survival show Produce 101 season 2 along with bandmates Daehwi, Donghyun, and former member Youngmin. His final rank was 6, thus making it to the final lineup of the group Wanna One.

Woojin was a trainee for 1 year before he made his debut with Wanna One on August 2017. Wanna One’s contract terminated on December 2018, activities officially ended in January 2019, and all members returned to their respective agencies. Woojin debuted with AB6IX on May 2019.