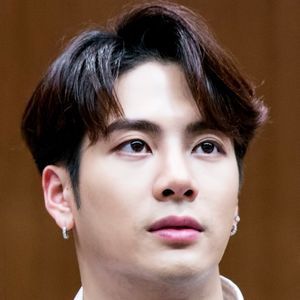 Jackson Wang, (Chinese name: 王嘉爾; Korean name: 왕잭슨) is a Hong Kong singer, rapper, dancer, and former member of the kpop boy group GOT7 formed by JYP Entertainment (JYPE). Wang is of Chinese descent. He was born and raised in Hong Kong. Both of Jackson’s parents are Chinese. His mother, Sophia Chow, is former acrobatics gymnast from Shanghai. His father, Wang Ruiji, was an Asian Games gold medalist and was part of China’s national fencing team.

Jackson Wang eats a healthy and balanced diet most days centered around fruits, vegetables, some meat, snacks, and minimal carbs and spicy foods.

For breakfast, when he is not traveling, Jackson will typically have a fruit and vegetable smoothie to detox every morning with grapes, cabbage, orange, apple, sometimes pear, honey, and ice. Depending on whether he is working that day or not, he will have coffee or tea. If he is working, he will have an ice americano after his meal to help with any swelling or puffiness. For non-working days, he typically only drinks juice and his fruit and veggie smoothie.

Wang makes it a priority to nourish his body so on traveling-days when he is not able to start his day with his smoothie, he will often choose salads as his lunch. For snacks, he often goes for bananas and sometimes sweets (but not very often).

When it comes to dinner, Jackson’s dinner time revolves around his work schedule. A typical dinner for Jackson has some type of meat and sometimes white wine. And when he is craving something late at night, he likes to have a glass of honey water.

Jackson’s ideal cheat meal is a burger, but without the top bun! He tries to avoid eating carbs and spicy foods. And while he will occasionally have carbs, his body definitely cannot handle spicy foods. Jackson’s favorite food city is Guangzhou.

Jackson tries to stay active as much as possible. On the days he is not shooting, he will always go to the gym.

Jackson Wang is currently single. There haven’t been any official announcements about Jackson dating anyone. During a 2020 Facebook live session with his fans, Jackson confessed that he was planning to continue the dating ban enforced by JYPE even after the mandatory 3 years. He admitted that while he would like to date, having a relationship requires responsibility and time to take care of the other person and his current focus is to continue growing and developing himself as an artist.

Regarding former girlfriends, Jackson revealed that he had dated four to five times before his debut with GOT7.