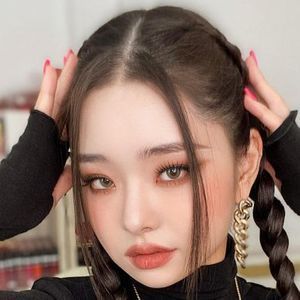 Song Ji A (송지아; born Apr 30, 1997) is a South Korean model, YouTuber, and social media influencer. She is best known for her participation in the 2021 reality show Single’s Inferno and for her YouTube channel FreeZia.

Song Ji A is 163 cm (5'4'') tall and has an estimated weight of 44 kg (97 lbs). She said in a Q&A video that she eats anything she wants and cannot diet. She also mentioned that she typically only eats once a day; although, doesn’t recommend others to do the same.

She has very good skin due to genetics and doesn't break out often. In terms of plastic surgery, she admitted to getting her nose done. She hasn't confirmed any other procedures.

Fans think her lookalike is Wonyoung from IVE. Both have a very innocent yet sexy look. They have a similar face shape with doll-like eyes and features. Both of them also have a mole in the same area around their right cheek.

She doesn't often have romantic crushes because she has very high standards. While she is usually approached by men first (they make the first move), there were 2 guys that she liked first. She ended up dating both of them.

She is very honest about her feelings and doesn't believe in hiding them. She has only showed her soft side to her boyfriends. She doesn't like someone who makes her do things she hates.

Back in college, she broke up and got back together with her boyfriend several times. However, once the relationship ends, she doesn't stay friends with them.