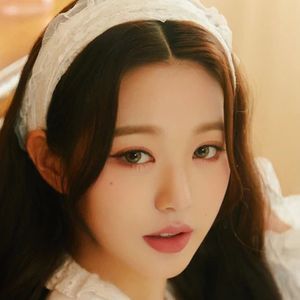 Wonyoung was born on August 31, 2004 as the youngest of 2 daughters. She attended Seoul Sinyongsan Elementary School, Yonggang Middle School, and Seoul Performing Arts High School. As a child, she attended flute, piano, violin, and swimming lessons. She attended summer camp in the United States during her childhood. She was street-casted in 2016, when she was in 6th grade while attending her sister's middle school graduation ceremony. She eventually joined Starship Entertainment and trained for over a year before participating in Produce 48.

In 2018, Wonyoung and Yujin participated in the survival show Produce 48. Wonyoung won first place and made her official debut with IZ*ONE at the age of 14. IZ*ONE disbanded on Apr 29, 2021 as part of their contract and all the members returned to their respective agencies.

After IZ*ONE's disbandment, Wonyoung returned to Starship as a trainee. Several months later, on November 4, 2021, the agency revealed Wonyoung would be a member of the new girl group IVE. Wonyoung made her debut with IVE on December 1, 2021 at the age of 17.