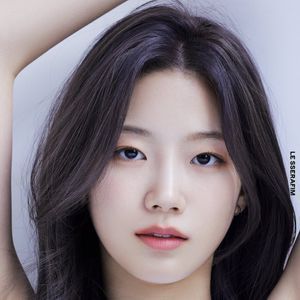 Nakamura Kazuha (かずは; born Aug 9, 2003), simply known as Kazuha, is a former ballerina and a Japanese Kpop idol based in South Korea. She is a singer, rapper, and a member of the Kpop group LE SSERAFIM under Source Music. Kazuha made her debut with LE SSERAFIM in 2022 at the age of 18.

Netizens and fans think Kazuha and Suzy Bae are look-alikes. Both have similar face proportions and features. They are both tall and have a similar elegance.

Kazuha was born on Aug 9, 2003 in Kochi City, Japan. She lived in Osaka from ages 2 to 16. She attended ballet school since the age of 2 and studied at Osaka Hashimoto Yukio Ballet School.

She majored in dance and trained in contemporary dance. She attended Bolshoi Ballet Academy in Russia and the Royal Ballet School in the UK. In 2020, she moved to Netherlands to train at the National Ballet Academy.

Kazuha was recruited by the CEO of Source Music in December of 2021. She trained for 5 months before debuting with LE SSERAFIM on May 2, 2022 at the age of 18.