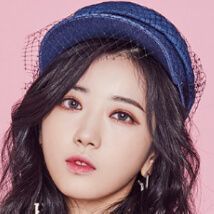 Wang Mengyu (王梦妤; Korean name: Yang Lan), better known by her stage name as Aurora, is a Chinese singer and a member of Kpop girl group Nature and the sub-unit Charming formed by n.CH Entertainment.

Aurora was born in Xi’an Shaanxi, China. In 2017, she moved to South Korea. Aurora made her debut with Nature on August 3, 2018. On 2020, she became a participant on the Chinese survival show Youth With You Season 2 but was eliminated after the first round; her final rank was 59.