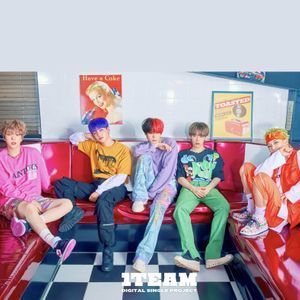 1TEAM (원팀; pronounced ‘One Team’) was a South Korean boy group formed by Live Works Company. The group debuted on March 27, 2019. The five members of 1TEAM were: Rubin, BC, Jinwoo, Jehyun, and Junghoon. 1TEAM disbanded on March 14, 2021 after terminating their contract.

The official fandom name of 1TEAM is Team One, which is a play on words on from Korean and English. The Korean word for member sounds like the English word ‘one’. Team One means ‘team member’ in Korean, meaning the fans are also members of 1TEAM.