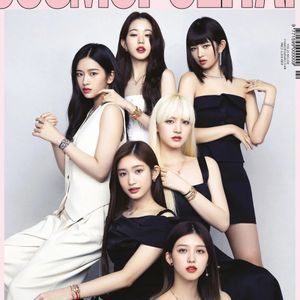 On August 22, 2021, Starship Entertainment announced its plans to debut a new girl group. The agency's goal is to be able to debut the group this year; however, no further details were confirmed. It was reported that Jang Wonyoung and Ahn Yujin, former members of IZ*ONE and participants of Produce 48, would be part of the lineup.