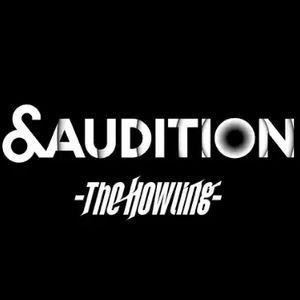 &Audition - The Howling (엔오디션- 더 하울링; 2022) is a Japanese audition program created by HYBE Labels Japan to form their new Japanese boy group. The show broadcasted the recruitment of the new members. Four members from I-LAND (Season 1) were confirmed as members prior to the start of the show. They were K, EJ, Ta-ki, and Nicholas. The audition program broadcasted on July 9, 2022 through Nippon TV, Hulu, and YouTube.

The "&" of &Audition symbolizes connecting people with people and the world.

&Audition - The Howling has a total of 15 contestants born between 1997 and 2008. Four of the members were confirmed as part of the new boy group: K, EJ, Nicholas, and Taki. They were contestants from I-LAND (Season 1), the reality show that formed ENHYPEN. The other 11 contestants are: Fuma, Hayate, Junwon, Yuma, Gaku, Jo, Hikaru, Harua, Maki, Minhyung, Yejun.

In terms of nationalities, there are 10 Japanese contestants, 1 Taiwanese (Nicholas), and 4 Korean (Junwon, Yejun, Minhyung, EJ).

The trainees are given a certain number of marbles called &BALLS that represent their scores during the interim checks. During these checks, contestants are evaluated on vocal and performance abilities. During actual performances, they are evaluated on not only vocal and performance, but also on a new criteria that will change with each performance. In order to debut, trainees need to fill up a ring called &RING with the &BALLS to debut. If they fail to fill it up, they will not be able to debut.