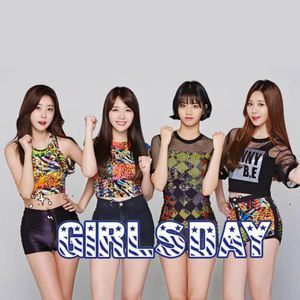 Girl's Day (걸스데이; debuted 2010) is a 4-member South Korean girl group under Dream T Entertainment. Prior to going on hiaturs, the final lineup consisted of 4 members: Sojin, Minah, Yura, and Hyeri. Jisun and Jin departed from the group in 2010. Jihae left in 2012. All four members decided to not renew their contract with the agency in 2019 but have said that the group has not officially disbanded.