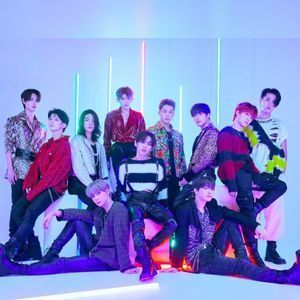 NIK (acryonym for New, Inspire, Kindle and also for Nippon and Korea) is a Korean-Japanese boy group formed through the global idol project G-EGG. The group is set to debuted on October 6, 2021. They were formed with the winning members of G-EGG. NIK represents a group that inspires people’s hearts by creating new entertainment while constantly burning passion.

G-EGG, which stands for Global Egg, is a global development project that originated with the goal of debuting a joint boy group between Japan (Nippon in Japanese) and Korea. The contestants were supervised by Yoonhak from the kpop boy group Supernova. G-EGG members and contestants included ex-trainees that participated on the previous survival show Produce X 101 and Produce 101 Japan as well as other singers, actors, and idols.