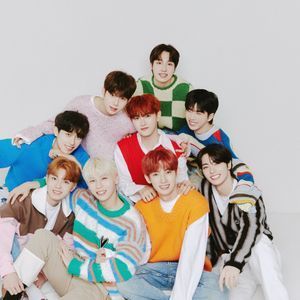 KEYSTONE BOYZ is the temporary name given to the group of Kpop trainees from Keystone Entertainment. The Kpop group will be a 9-member boy group and they are expected to debut in March 2022. The members include Youngbin from I-LAND, Kim Taewoo from 1THE9, Park Donghyuk from ENOi.

Five of the members are known to the public and four will be new faces. Members have experience in reality shows including I-LAND, Under Nineteen, Extreme Debut: Wild Idol, and Produce 101 Japan season 2.

Here are the members and the reality shows they participated in:

Here are the positions of each of the members:

Lee Youngbin (이영빈; born Aug 23, 2004) is a former participant of the South Korean survival show I-LAND created by BELIFT LAB (Big Hit and CJ E&M joint company). Youngbin was 18 years old during the time he was competing on the show I-LAND. He was a trainee for 4 months prior to joining I-LAND (the shortest among all contestants). His personality type is ENTJ.

Kim Taewoo (김태우; born Apr 23, 1999) is a former member of the Kpop group 1THE9. He was a participant and 3rd place winner of the survival show Under Nineteen, which led him to become a member of the project boy group 1THE9.